Home Food Crazy Facts About Candy You Need To Read

America has been in love with candy since the mid-1800s. We all grew up eating products from the likes of Cadbury, Milton Hershey, and George DeMet. However, there are a lot of fun and crazy candy facts out there of which most people are unaware. Considering that, we’re going to treat you to a light hearted post this morning in the hope of brightening your day. We’ve even included a graphic that gives you a more thorough look at the candy industry as a whole.

Brach’s has been producing candy corn for more than 100 years. We’ll bet you didn’t know that if they laid out the corn kennels they sell each year in a straight line, it would stretch around the world almost five times!

Tootsie Pops were named after Leo Hershfield’s daughter. Students at Purdue University wanted to find out how many times you have to lick one to get to the middle. They even designed a specialist licking machine for the job. It was deemed on average to take 364 licks.

Many people think the Milky Way candy bar was named after our home galaxy. However, that simply isn’t the case. During the 1920s, there was a very popular milkshake drink of the same name. Hershey’s claims it is named after that.

Lastly (and you’re going to like this one), the Sugar Daddy caramel candy bar we’ve all come to know and love was called “Papa Sucker” until the early 1930s. Once you stop laughing, you can take a look at the infographic. 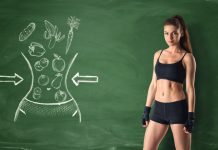 The 7 Best Diet Tips to Lose Weight and Improve health 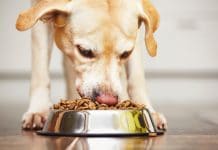 5 Foods You Should Never Feed a Dog